It’s been an eventful year for medical marijuana dispensary business in Southern Nevada so far. From new Nevada Dispensary Association members to why you should vaporize cannabis and a new report on why cannabis prohibition should end, we’ve compiled our latest blogs to keep you up to date on the industry in Southern Nevada and beyond. 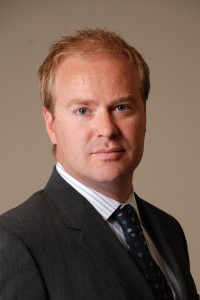 Meet the Board: President Andrew Jolley

The Nevada Dispensary Association is honored to welcome local real estate entrepreneur and co-owner and CEO of The Source Medical Marijuana Andrew Jolley.

NDA Board Member John A. Ritter

The NDA is also happy to announce that Focus Property Group Chairman and CEO John A. Ritter has joined the board of the Nevada Dispensary Association, bringing his considerable business experience and investment mind to the board’s operations.

“The world has also taken sharp notice of the cannabis-legalisation experiences of the US states of Washington, Colorado, Oregon, Alaska, and the District of Columbia in a country where opposition to drug legalisation has been deep, and of the nationwide cannabis-legalisation experiment in Uruguay. The ﬁscal imperative of reducing incarceration and the fear of adulterants in cannabis obtained illegally have been part of the debates about the US policy changes.
Although changes in the legal status of cannabis do not signal changes in prohibition-oriented policies with respect to other drugs in the USA, concrete experiences with large-scale regulated cannabis markets provide an opportunity for rigourous assessments that will inform larger drug-policy debates.”